2016/2017 schoolyear is going to be exciting at least in 9 schools in Romania, Hungary and Austria, where Safe4Cycle program is starting in October. After the one-year-long preparing phase the Safe4Cycle Mentors’ Handbook and the Safe4Cycle Booklet for Pupils are ready for the pilot project year. The project partners have met in Târgu Mureș, Romania, to discuss the next steps of the program

All the project partners, directors of schools, and Safe4Cycle mentors are looking forward the next schoolyear. The methodology of Safe4Cycle safety road educational program is ready for testing in Romania, Austria and Hungary – the implementation of the program starts in Hungary in October. All the mentors are well prepared for their main task that is leading the Safe4Cycle courses in the schools. Furthermore the project partners are waiting for their feedback: experience, notes and feelings about the program. After the pilot year the S4C partners and the mentors will evaluate the methodology of the program, and if it is necessary, the it will be developed according to the experience.

In Târgu Mureș in the frame of the job-shadowing program project partners have visited the Training4Trainers program of Fundația Comunitară Mureș, that was based on the Safe4Cycle methodology. For the three-day-long program there had been got together 16 people, representing cycling associations from whole Romania (București, Iași, Galați, Cluj-Napoca, Timișoara, etc.).

On Monday the guests have been invited to a sightseeing tour on bicycles in Târgu Mureș. The town definitely has a poor cycling infrastructure, but there are many possibilities to develop it, and one of the goals of Fundația Comunitară Mureș beyond the safety cycling education is to deal with this issue also.

On Tuesday the program followed with a visit at the Mureș County Police in the morning, where project partners and the representatives of the police have introduced their safety road educational programs. In the afternoon the partners had the possibility in Reghin to have a short ride in the hills over the city, where they have found some good signed light MTB trails in the forest.

On the last day there has been organized a press conference for the local press, where the aims of S4C project were presented. 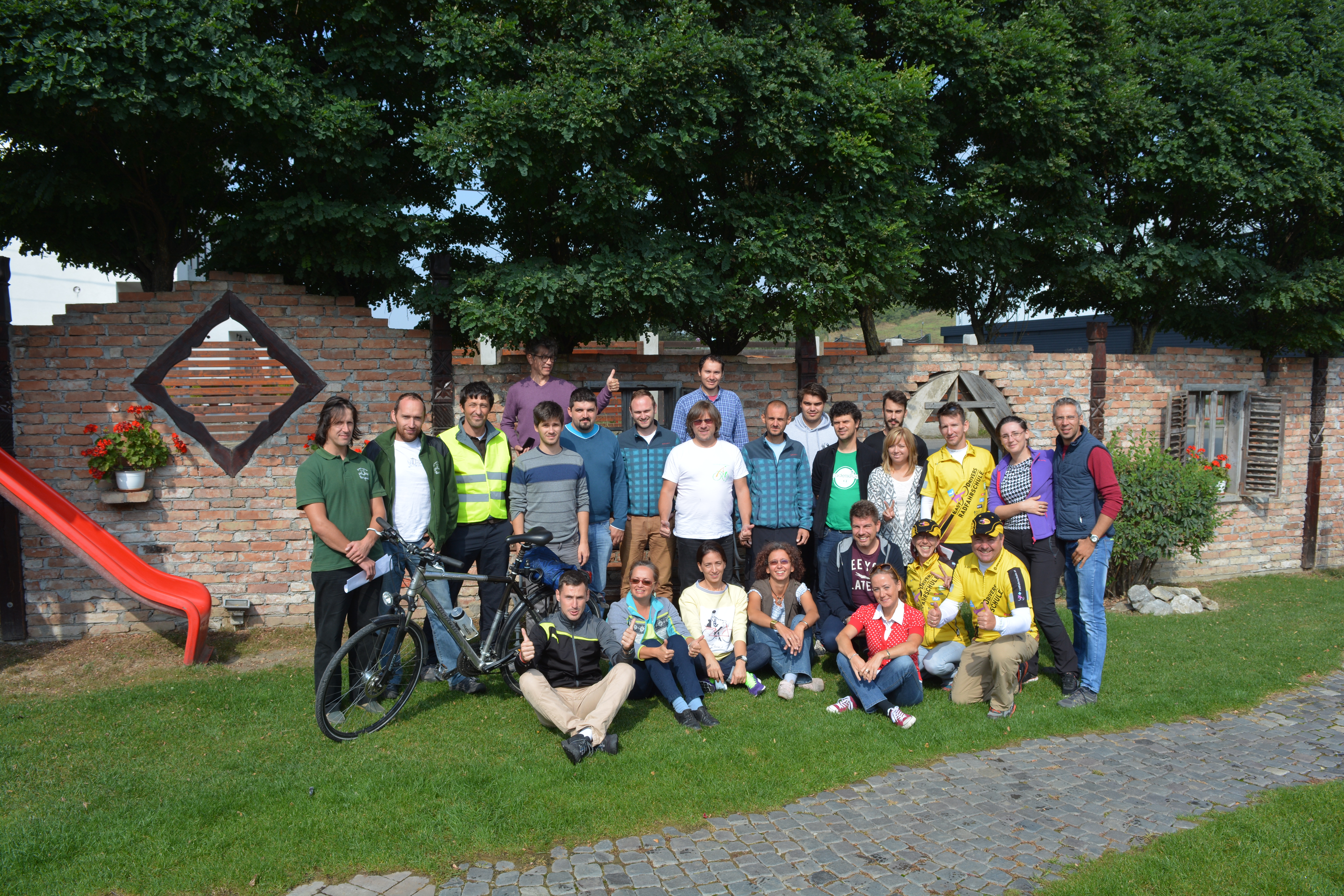