The representatives of the Austrian EASY DRIVERS Radfahrschule and the Romanian Fundația Comunitară Mureș (AcademiaVelo program) had visited Budapest within the frame of Safe4Cycle project. Beyond discussing the actual issues of Safe4Cycle project the BringaAkadémia summer holiday camp and the activities of the professional partners of the hosting Vuelta Sports Association has been intorduced during the five days.

Vuelta Sports Association has organised the program of the project meeting to introduce the Hungarian safety cycling programs and the professional institutions dealing with the issue. The activities of Institute for Transport Sciences Non-profit Ltd. were introduced by Viktória Tóth, who especially emphasized the role of the ‘Lifelong Journey Program’ and the ‘Mobile Kids’ pilot program of Mercedes-Benz in Hungary, as best practices.

The BKK STARS Europe program and the Bubi, the public bike-sharing system of the Hungarian capital were presented at the meeting at the office of Centre for Budapest Transport. The Stars Europe program mainly focuses on urban mobility, running in primary and secondary schools, so urban cycling and its supporting has a special role in this project. The Bubi is also a form of the sustainable urban mobility, and the public bike-sharing system in Budapest is permanently developing with more and more users, cycles and docking stations.

The guests had been invited for a bicycle sigthseeing tour in Budapest also. The leader of the tour, Tamás Abelovszky (Vuelta Sports Association) had paid attention not only for the sights, but for the cycling infrastructure of the capital too – the 35-kilometer-long route led almost only on cycle roads and cycle lanes. Visiting the traffic garden in the City Park was also a part of the program – it was really enthusiastic for the guests.

Project partners has visited three summer holiday camps – in Budapest the cycling camp of BringaAkadémia, the ’Erzsébet camp’ at lake Balaton, where the bikeability track of BringaAkadémia is working on every Wednesday from June till the end of August, and the ’Miniring’ camp at the Hungaroring. The common goal of the three programs is learning some rules of road – and playing a lot, of course.

The project partners have been discussing the goals achieved in the last few months, and the next steps of Safe4Cycle program also during the five days. The cycling courses in the primary schools will start to run in October, so the booklets for the children and the curriculum of the course for the teachers is have to be prepared till the and of September.

The next project meeting is to be held in Romania in September, where there will be a part of the program of the training of the Romanian mentors also. 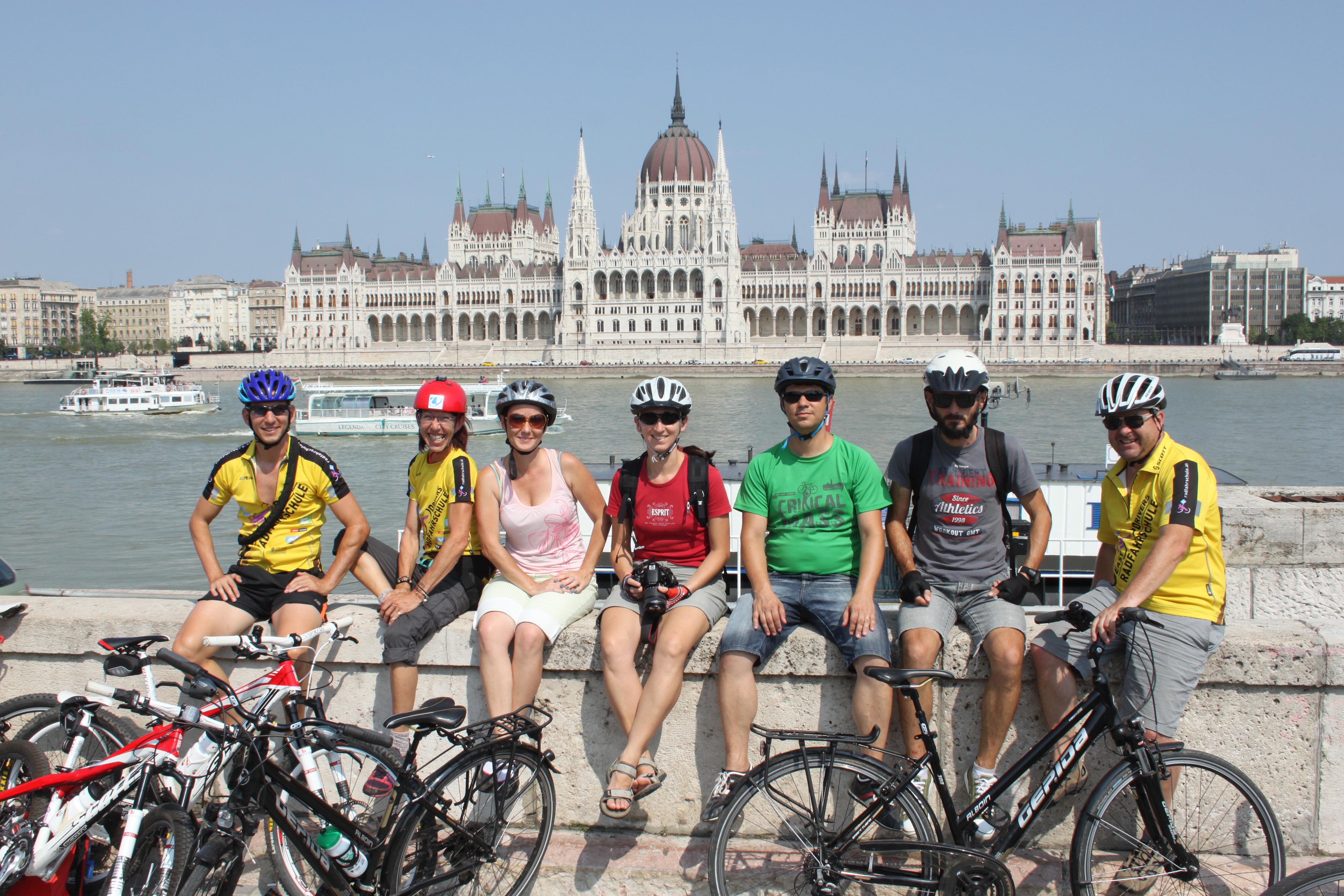